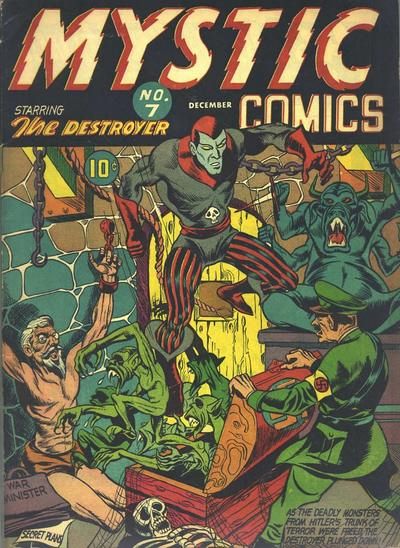 Publisher
Timely Comics
Publication Date
Nov 30, 1941
Cover Price
$0.10
Page Count
68 pages
About
MYSTIC COMICS is published bi-monthly by Timely Comics, Inc. at Meriden, Conn. Application for second class entry is pending at the post office at Meriden, Conn., under Act of March 3, 1879. Contents copyright 1941 by Timely Comics, Inc., 330 W. 42nd St., New York, N. Y. Single copies 10?; yearly subscription 60? in the U. S. A. No similarity between any of the names, characters, persons and/or institutions appearing in this magazine with those of any living or dead person or institution is intended, and that any such similarity which may exist is purely coincidental. Printed in the U. S. A. December, 1941 issue. 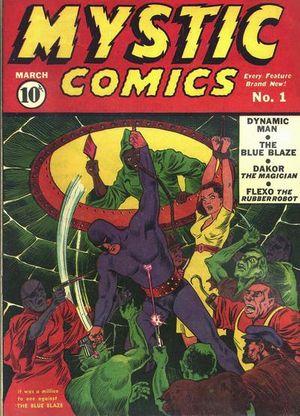 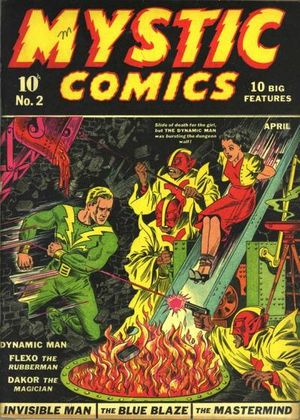 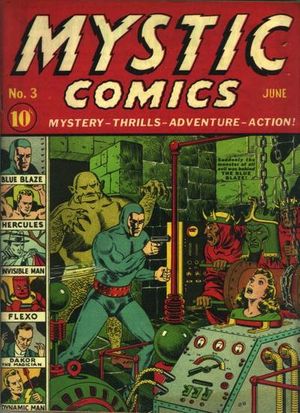 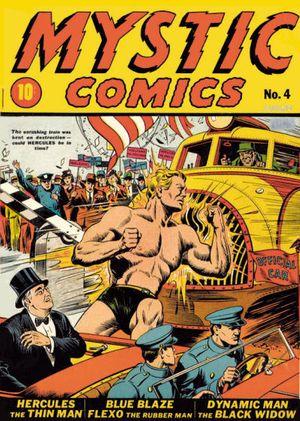 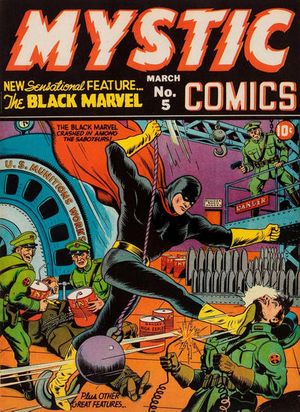 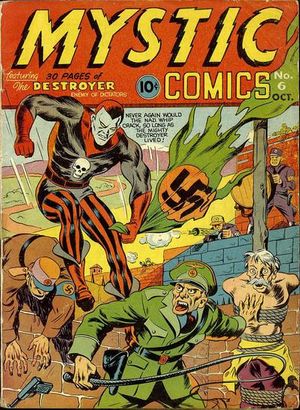 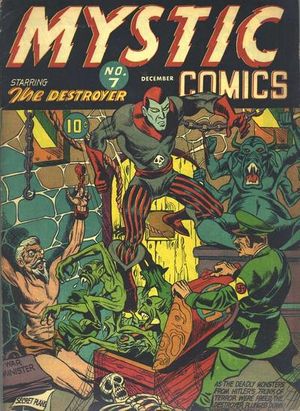 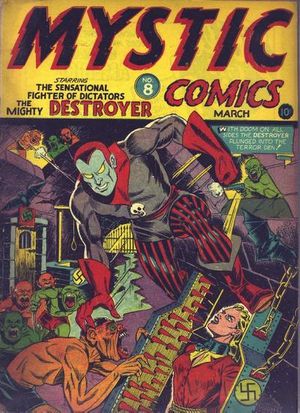 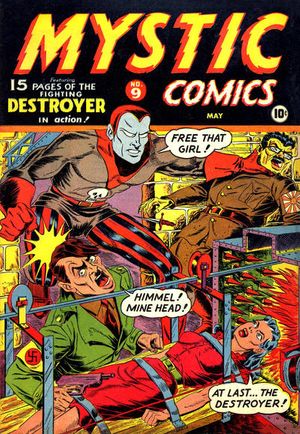 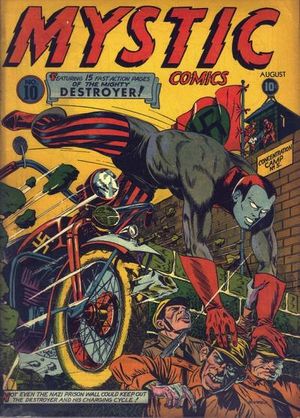